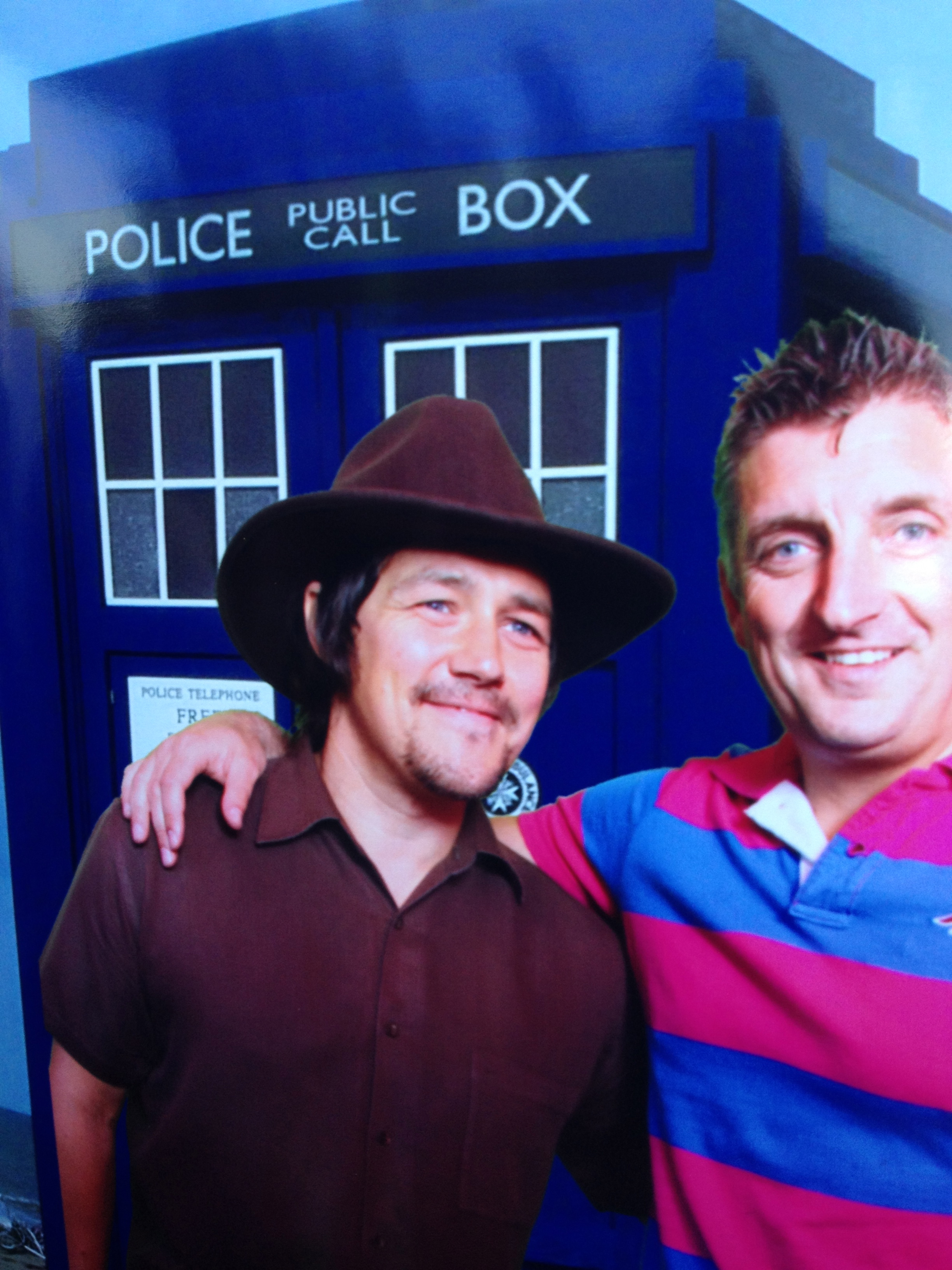 Friday 9th August was my first outing to this years Edinburgh Festival and what an evening it turned out to be. Never used to being able to capture much more than a show or two in one outing, being able to sample five quite different acts made for a very interesting evening. Transport times to and from the city were self enforcedly set in stone for this trip, more down to previous mishaps with missed trains and much fallout from loved ones.
With that said, it still left 5 hours for all the fun and frolics of the festival. It was a warm evening and the sun was shining, the temperature still somewhere around 15 degrees. The atmosphere on the Royal mile was exactly as any previous reveller would expect… bustling, buoyant, friendly and warm. The temperature aside, Edinburgh always has even more of a warmth about it during the festival period. Friday night was no exception. The mood was set.
And so it is, with some shame, and a little embarrassment that I’m unable to tell you the name of the first act I saw. What I can tell you is that just after 5PM on Friday evening I was entranced by a group of African singers, performing perfect acappella on the Royal mile, at the rear hind quarters of St.Giles Cathedral. They were soulful, enthusiastic, animated and stopped many bypassers in their tracks, myself included. In the 5 minutes or so of their performance they had me mesmerised by the roadside.
As they finished, I’d almost forgotten that the main reason I’d come in tonight was the promise of free entertainment courtesy of the BBC at Potterrow, via a friend of mine.
We made our way to Bristo Square and through to the BBC tent. We’d been asked to arrive early for the 6.30PM show and paying attention to this worked to our advantage.
We arrived to the banging drums, gallus guitar, unmistakeable bagpipes, dancing ladies and not forgetting mohawk sporting ‘G-man’ (previously of Red Hot Chilli Pipers) that make up Scottish New music awards current group of the year, “Bags of Rock.”
In stark contrast to the earlier musical interlude, these guys thrust their blend of music upon our ears, which is in your face and yet no less appealing than the African acappella harmonies. Take all the patriotic passion of Scottish music, blend it with the attitude and fervour of your favourite rock classics, grab yourself a beer and enjoy. As they say themselves, to be enjoyed LOUD. I caught up with lead man Gregor James after the set, who reminded me this was just the ‘Wee band’ as well. Unfortunately it was their only show at the Fringe but you can see them at the upcoming Motherwell beer festival on Sep 27th. Highly recommended! http://www.lanarkshire2013.com/events/2013/september/beer-festival

So, then onto the reason we’d come along. This came in the form of a Q and A session with Irish comedian Jason Byrne, talking about his upcoming BBC One sitcom “Father Figure.” The session was pretty informal, hosted by Peter Curran, who spoke to Byrne about the sitcom, it’s beginnings as a radio show and it’s transformation to television. Based on events drawn down from his own life, he plays a (hopefully loveable) father, husband and son, the central character in this family sitcom. Their was plenty of humour throughout the session and the majority of the crowd seemed as much at ease as Curran and Byrne. There was time for some audience questions, which, pleasantly, gave Byrne the opportunity to slip briefly back into stand up mode, enjoying a bit of banter with the Scottish audience. The show is due to start mid September on BBC One. You can catch his stand up show at the festival until 25 Aug.

Then followed a short walk to the Gilded Balloon venue, where we quickly grabbed some tickets for two more shows.
First up was @lee_Kern whose show entitled “Bitter Twitter” was highly entertaining. For anyone possessing even the slightest understanding of how social media mammoth “Twitter” works / used by millions, the show is a laugh a minute. It explores all aspects of the phenomenon from the downright stupidity of some of the tweets seen daily to the way it has changed how we all interact. In particular it explores how this has changed the entire concept of interacting with celebrities. Lee’s huge mix of craziness and pace meant there’s something for everyone. Many celebrity users came under fire too but never with any malice attached. Kern has taken a very simple idea and created something quite unique which worked very well on the stage. If you use social media at all, go see this show. As with the idea, it was simply brilliant!

The final show of the night was Howard Read’s “Hide and Speak.” If you’ve ever seen the comedy animation “Little Howard” this is the man who brought him to life.
This show blended stand up comedy with animation, which saw Read, front (if perhaps not directly centre) stage, controlling (via a Playstaion remote) and voicing his creations, animated on a big screen.
If that sounds a bit much to take in, seeing the show live was a little like that too. I wasn’t sure whether to look at the screen or at Read and although it flowed for a few spells it just seemed like too much was going on at once. Unfortunately some of the gags were lost on the crowd too, which unfortunately saw Read lose his rhythm on a few occasions. It’s a bit of a shame though, because there were a few times he had the crowd in hysterics. This was usually dealing with hecklers and when reverting back to a more traditional stand up approach.
If you enjoy animation, it might be more your cup of tea. It just wasn’t really mine. Ultimately a bit disappointing.

One mad dash later and I was on the train home. I sat thinking back over the evening and wondering how we had managed to fit so much in. It is not without a touch of irony that my friend, often jokingly referred to as having a Tardis for transport couldn’t make it along. I did manage to find his transport nestling at the entrance to the BBC tent at Potterrow though, which I realised had obviously been the reason we got through so much. That perhaps or just meticulous attention to detail and planning. Regardless, a great evening and evidence a plenty of why people keep coming back to the Edinburgh Festival.