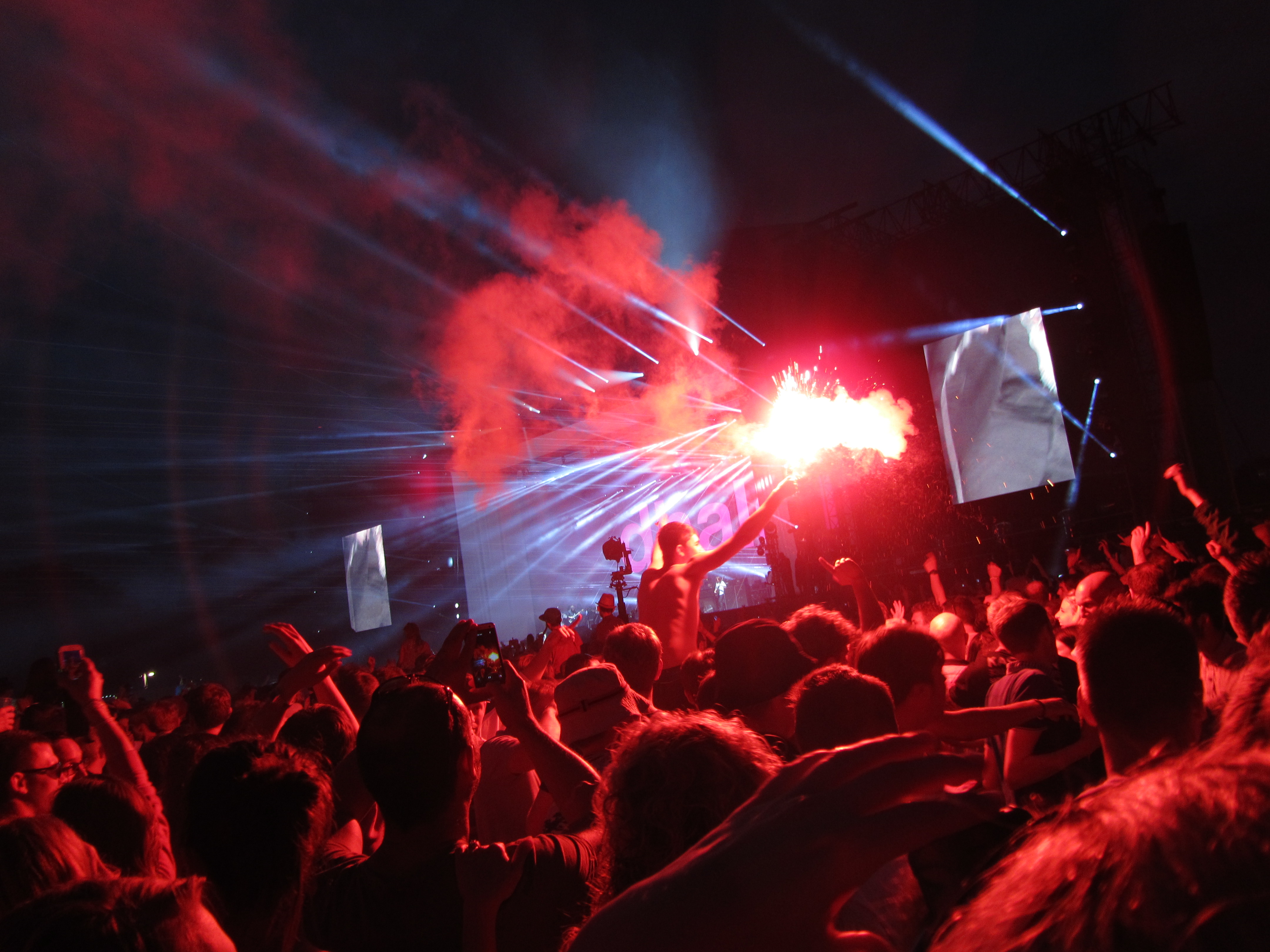 I’ve always loved these words of George Bernard Shaw. “We don’t stop playing because we grow old; we grow old because we stop playing.” The 21st Jun this year was Summer solstice. It also happened to be the date that 50000 fans descended upon Leicester’s Victoria Park to watch local band Kasabian. It was a massive homecoming gig to celebrate their 10 year anniversary. Most people know Summer solstice as the longest day of the year. “Solstice” literally means stopping, or standing still of the sun. The point in time when the sun is at it’s highest point. And so Saturday proved in more than just in regards to the big ball of fire in the sky. The occasion was as an appropriate reminder that although time can occasionally appear to stand still, the world keeps turning and in doing so changes. Much like people. We are constantly changing and growing, as we embrace new challenges in our lives. Chapters in our lives come to an end, and as quickly, new ones begin. That great big circle of life continues.

Last month, I’d been one of the lucky punters that managed to get a ticket to see Prince perform at Glasgow’s Hydro. What a venue, what an artist and what a performance! In the run up to the gig, I was touched by some of the comments made by Prince in defence of his no photos and no video veto across the entire tour. “Come along and enjoy the show. How can you truly enjoy the show and be in the moment if you are recording or taking pictures on your phone.” Those may not have been his exact words, but it’s what I heard. Around then, it struck me that it had been two years since I wrote my first music related article on my website. An article which proved to mark the beginning of a new chapter in my life. It was a piece about a metaphysical diner created by Tim Burgess of The Charlatans. A piece that would earn me the role of Tim’s very first writer in residence at Kendal Calling festival later that year. And, a piece that opened the door to many wonderful experiences and opportunities, of which I grabbed as many as I possibly could. Band interviews, free entry to gigs, exclusive single reviews, advice and opportunities from fellow poets, singer songwriters and bands. Pretty much a dream come true really. During those two years I’ve released my first book of poetry too. I also set myself the target of writing my first novel. Good times!

It might have easily been 10PM at Victoria Park Leicester on Summer Solstice, when my wife Karen said to me “Why have you still got your sunglasses on?” Hidden in that comment (unlike the usual hammer like bluntness of my dearly beloved) during the longest day of 2014 was a conundrum, perhaps one, only I would see. I thought, maybe, just maybe, there’s more to this solstice malarky than meets the eye!

In 1989, as a starry eyed 17 year old, I set foot in Glasgow’s Barrowland Ballroom for my very first gig. For me it was The Four of Us (Irish indie rockers) and GUN (Scottish rock band and future local legends) supporting headliners Roachford, hot on the heels of Cuddly Toy’s success. Everyone I know that loves their music treasures the memory of their first gig like parents treasure a child’s first steps. As you steadily enter the world of music and gigs, never really knowing the highs and lows they hold for you.

Back at Vick-eh Park Leicester during Summer Solstice, as Kasabian triumphantly left the stage and the fan led chorus’s of Lost Souls Forever (La, la la, la la la la la, laaaaaa) faded into the night, I realised I’m celebrating my very own milestone. Yes, the 25th anniversary of my first ever gig. A quarter of a century old love affair with live music. Who else is in this boat? That’s longer than married life, longer than most friendships have lasted, longer than the kids have been around, and most certainly longer than the time spent in a single job. Longer than any period lived in a single location, longer than even the most beloved item of clothing has lasted definitely longer than any single hair do has lasted! A few other things have changed as well. The one that trouble found has turned peacemaker, the over indulger has become sensible and responsible, the crowd surfer has turned dad dancer. No longer at the front swigging enthusiastically from the lead singers offered 1.5l bottle of JD. Gone are the days of not remembering the details of a gig and thinking that made it even more special. Chest bumping, mosh pitting, mud bathing, friend losing and much much more are all in the past. But happy to have experienced all of it, happy to be able to look back and happier still to move forward. Hundreds of gigs have come and gone, some more memorable than others. And of course we have our favourites. But the most important thing of all is that the love of music remains.

So, it is with a nod and a cheeky wee wink, that, to those who uphold the time-aged traditions of rock n roll, I salute you. To previous, current and the next generations of music makers and gig goers I say simply this
“Enjoy YOUR solstice…for when you’ve experienced your highest point in the Sky sun, (or daughter) you will know when the time is right to stand still and when the time is right to move on.