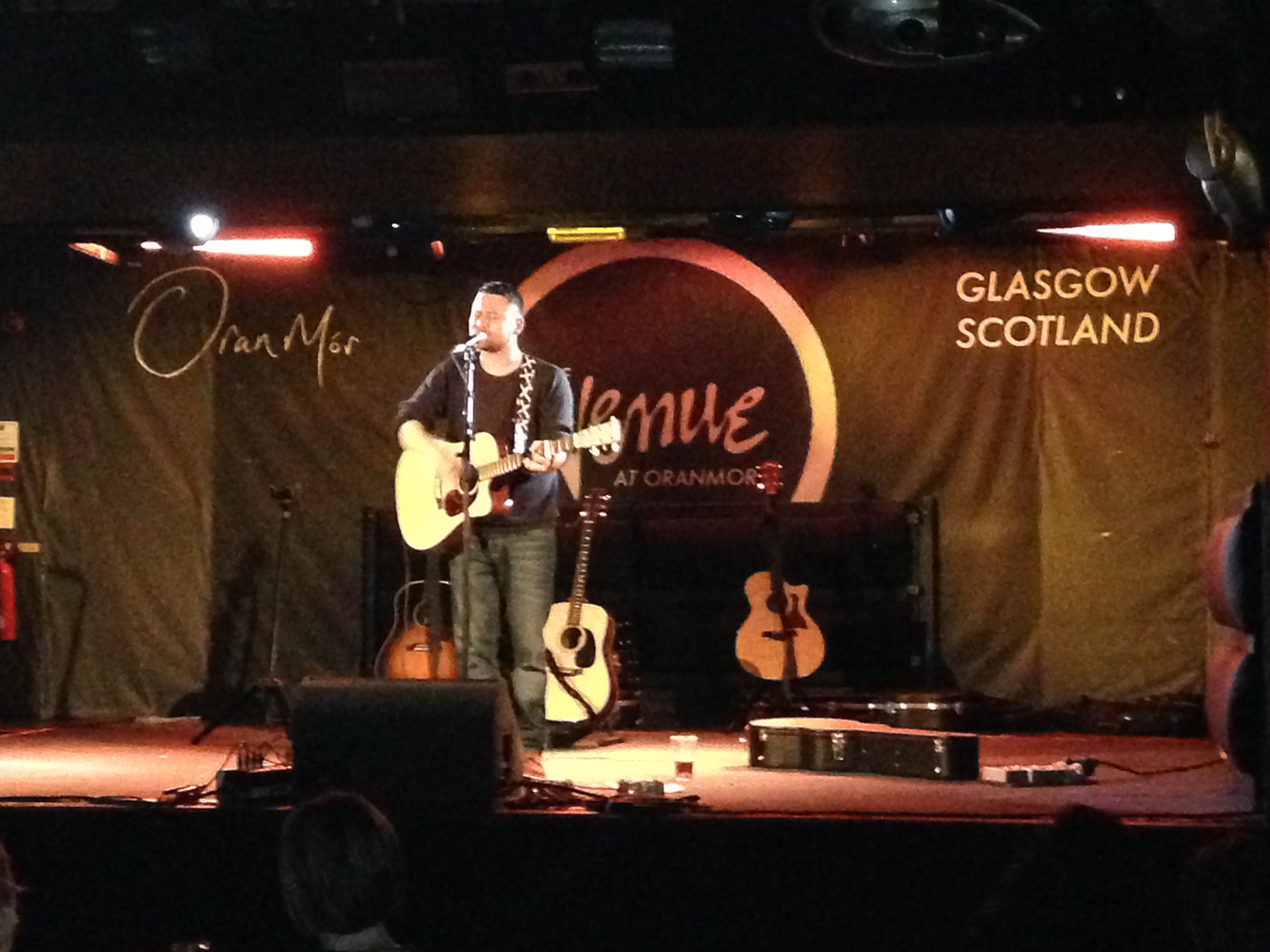 Everyone loves a celebration!
And whilst Christmas celebrations may have started for some, the Oran Mor played host to a very special birthday celebration on Friday night.
But it was really only very briefly a birthday celebration when the crowd that had gathered, burst into song to wish the evenings main event many happy returns.
Little Fire was two songs into the evenings set which celebrated the launch of his debut album High Hopes.
So, it was no surprise then, that the audience and Little Fire were all in the mood for a party.
Support acts  Katie Hitchen and Rebecca Herd set the mood perfectly with their sweet, melodic vocals leaving the stage set for Little Fire and his soulful, love filled, awesomely cool run through of album tracks, crowd requests and a few other gems.
He loves to sing, which shows in spates, both in the emotion expressed in his lyrics and his regular positive interactions with his fans.
‘How’s everyone doing?’ he smiled as telling everyone that ‘Singing is the just the best feeling ever.’
Title track of the album High Hopes sums this young man up. He’s full of positive energy, full of gratitude for those who have helped him along the way, he holds his head as high as his hopes and a nicer guy you could not meet. Oh, and he can sing a fair bit too. I overheard him being compared as the Lionel Richie of Ayrshire by a member of the audience and like everyone in attendance, I wish him as much success as the old commodore.
Whilst Little Fire took his bow, I picked up my own copy of his album and left  the Oran Mor, getting a little emotional myself as I listened on the journey home.
Thoughtful, warming, soulful and positively uplifting throughout, whilst an all rounded relaxing feel leaves us in no doubt.
Little Fire.. Surely a big flame of the future!
Check him out here… http://littlefiremusic.com