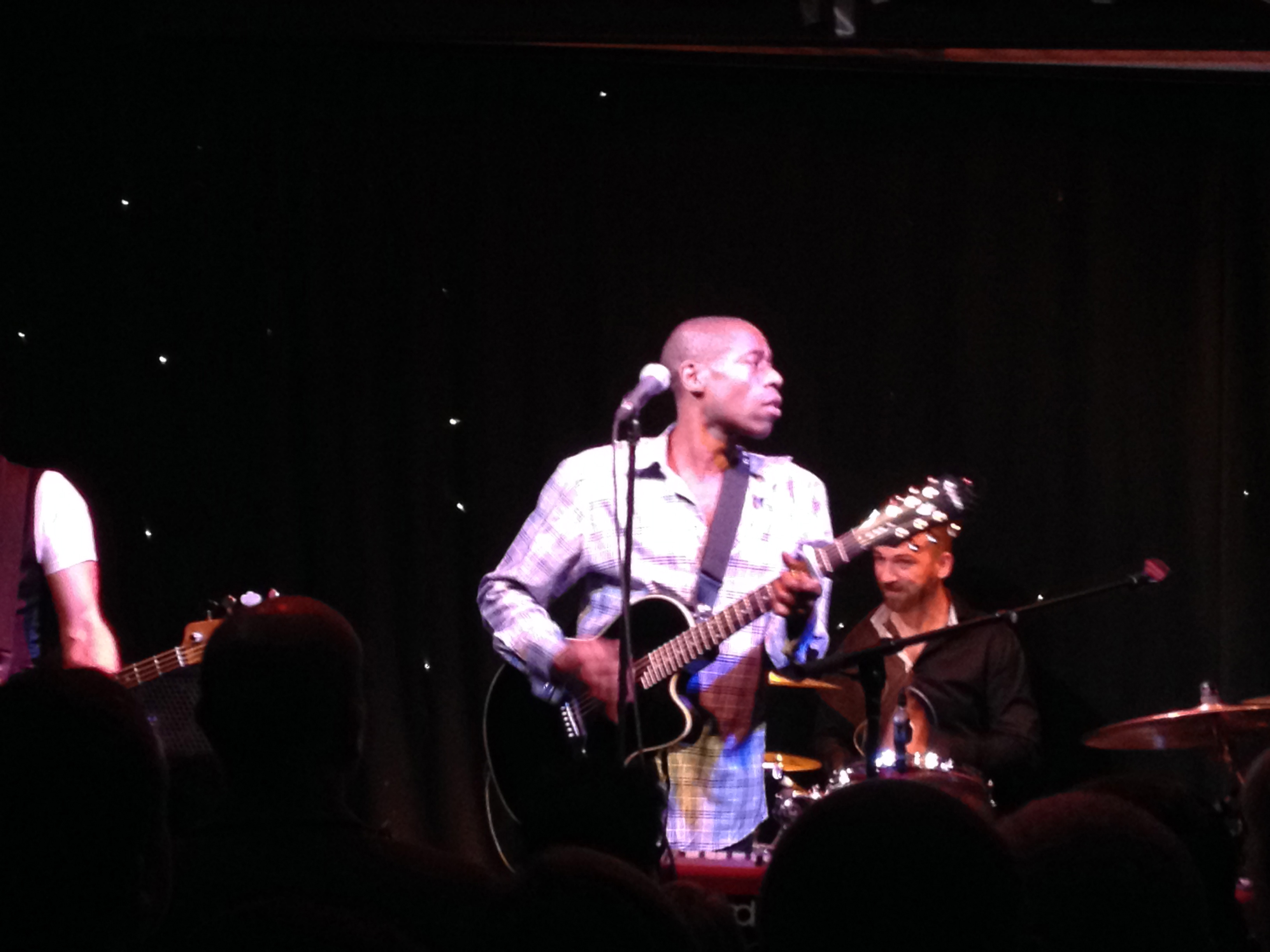 The short walk from Edinburgh’s Waverley station toward West Maitland Street on Friday night was dreich. Rain too light to be bouncing off the street, but still enough to soak you to the skin should you choose to stay out in it too long.
Lucky then that my destination, The Voodoo Rooms, only required me to cross Princes Street and duck around the side of The Cafe Royal.
Blink though and you might easily miss this hidden gem. It nestles quietly off the cobbles on the backstreet, only seconds from the bustle of the city centre.
A solitary door is the only evidence from the road that the place exists, but the large sign above let’s you know you are in the right place. As you enter and climb the short flight of stairs you arrive in a dark but cosy gothic reception room. The walls are black with gold trim and a glance up reveals a lavish golden monikered lampshade. Ahead leads to the long narrow bar, which, with it’s black walls, golden fixtures and subtle décor, give the feel of an exclusive club. To the rear of the reception area, and up a couple more stairs, leads to The Ballroom.
A small crowd of gig goers had gathered by just after 7PM waiting on the doors to the Ballroom opening, all eagerly anticipating tonight’s artist.
Just before 7.30PM the door to the ballroom was opened and those with tickets or luckily enough to be on the guest list to the evenings sold out event, were welcomed into the ballroom.
The rectangular room, set out as a live music venue, becomes evident, with sound booth at the rear middle, and stage front.
The walls are black, the trim gold. Ceiling fixtures of gold are in keeping with venue’s interior, whilst a large resplendent disco ball sparkles as a fitting centre piece.
The white pinhole spots on the walls combined with the mellow hip hop backing track, gave an indoor equivalent of a starry moonlit smooth groove laden ambience. A very nice effect indeed, of the magical intimate venue.
The chat was lively, drinks were being savoured and then to the stage came Little Fire.
This unmistakable gravelly voice hails from Ayrshire, yes homegrown talent.
An upbeat start was of meeting a girl. And although through his set some solemn numbers followed, the general feeling was vibrant. The young man should hold strong to his high hopes as he possesses a natural talent and flare for being on the stage.
You mean something to me and 10 ways are great tracks, with a real positive upbeat attitude towards life. All I need in life had heads swaying and seemed to sum up how Little Fire perhaps felt being on the stage. He seemed very at home, right down to the shared banter with crowd. A mutual feeling of respect between artist and audience resounded sweetly with the city’s culture being tipped a wink before Little Fire thanked the headline act for the opportunity. (Keep an eye out for more information on Little Fire, soon on the site.) Positivity oozed in his voice, not difficult to understand why he’d been chosen to support Andrew Roachford.
In true understated style, Andrew Roachford took to the stage as the opening chords of Ebony on loop, built the crowd anticipation.
Smiles all around the filled ballroom doesn’t quite give enough gravitas to the atmosphere that surrounds a Roachford gig. The feeling of warmth, of being wrapped up in a big Roachford family gathering is what it feels like. Love eminates every inch of the the room and centre stage Andrew has everyone in the palm of his hand.
The set comprised of a mix of old and new. Tracks from new album The Beautiful Moment combined wonderfully with numbers from his previous albums to ensure the evening went from funky to soulful to rock and back. Watching him on stage, felt like Andrew loved every single moment as much as the audience. Along with his band, he has honed his craft carefully over the years, to the point of delivering a masterclass in velvet harmonies, musical timing and direction, showmanship and stage presence. There is always plenty of chat to be heard after a Roachford gig, around people’s disbelief at how Roachford has never had sustained global musical superstardom. Friday was no exception.
And whilst it’s easy to agree, many are happy to let it remain one of life’s great mysteries.
I guess perhaps it’s a shared belief that when so much positive energy flows and love is welcomed in to a room, when this man plays, let’s just all be grateful.