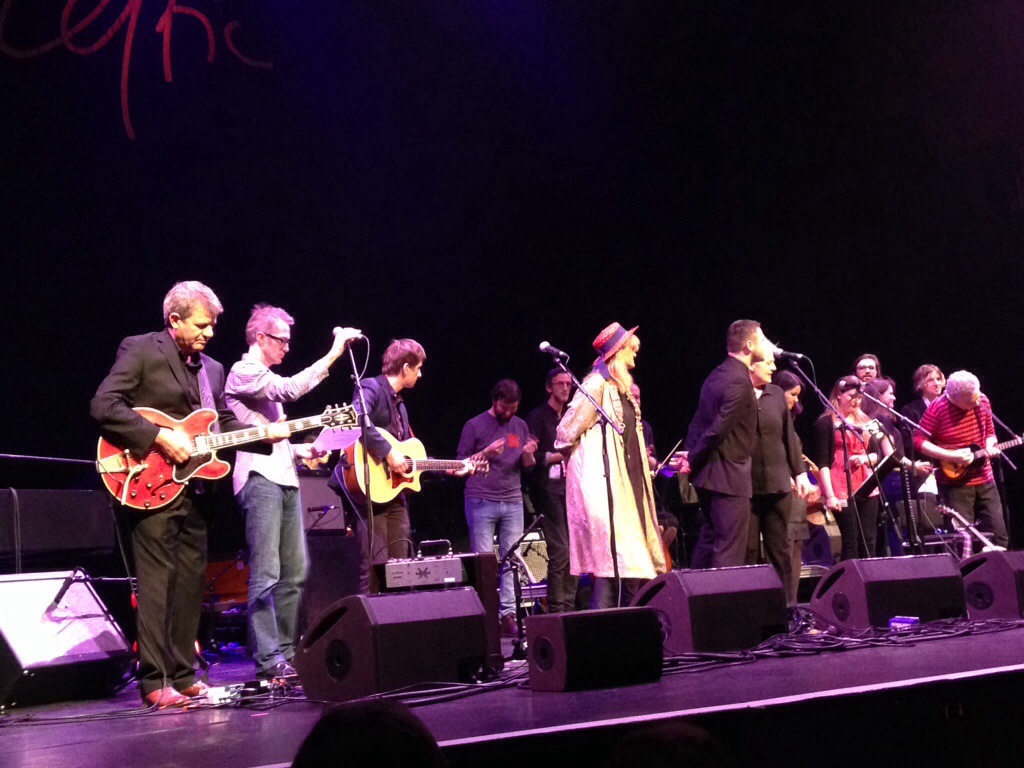 As part of this years Celtic Connections, Glasgow’s Royal Concert Hall played host to a concert for Alliance this evening.
Some of Scotland’s finest musicians, both young and a little less young had come out to support a number of charities including Age Scotland, Sense Scotland, Carers Trust, Quarriers and Unity.
A celebration of all caring in Scotland, it was all about Letters life and Love.

Host for the evening Cathy McDonald spoke of how humbled she had been whilst reading some of the stories that carers from across Scotland had shared. And although the night was a celebration, bringing together some fine musical talent, it was evident to see just how much the cause meant to everyone. And of course, what would a concert celebrating caring be without carers.
In numbers, carers from Ayrshire, Glasgow, Aberdeen, Dundee, Skye, Shetland and Orkney but to name a few places from across Scotland came and made their presence felt. After all, this concert was for them.

The music started with Little Fire. Hailing from Ayrshire, his acoustic melodies were just the ticket to kick start the night. Keep an eye out for his debut album later this year. Such a packed line up meant only time for two or three songs for each act and next up was the hypnotic voice of the mesmerisingly talented Siobhan Wilson. Simply put, her first track The Terrible Woman was acoustic bliss.
The guys from Kassidy followed, a sound, which rightly or wrongly reminded me of The Beach Boys meets kings of Leon with John McEnroe on bass. (Check them out, you might see what I mean) Their guitar sound and energetic drumming provided a really good groove. They gave way to Horse MacDonald, who started by sharing a story about caring that was very close to her heart. She told of the gift she had given to her own mother when she was dying… then duly shred the song “Carefully” with the audience. A very emotional rendition reminded everyone just why they were there.
Scottish favourites Hue and Cry then took to the stage and closed the first half of the evening performing Labour of love, Violently and the song they encouraged us all to make the opening song of the 2014 Commonwealth Games… Mother Glasgow.
Following the interval, Joe Nisbet Jr kicked things off with a few songs from his new album that took 4 days to record but he reckoned had been 30 years in the making. His blend of easy bluesy sound and sing along toe tapping had everyone back into the swing of things.
Next, Emma Pollack performed three numbers with the Cairn string Quartet including Don’t make me wait.
Tommy Reilly started off by fooling the light technicians by taking his seat at the piano for his opener, Out There Somewhere. Just Woken up on acoustic guitar was next. A super cool sound from a super cool guy.
Admiral Fallow then shared a couple of songs about friends, family, self evaluation – real life really, including Beatle in the Box.
And so Eddi Reader took to the stage, donning apparel we have come to know and associate with her so well. As had many before her on this beautiful evening she shared a few stories of caring, of ownership and of the love that makes the Scots such magnificent people. She closed with a fantastic rendition of Mona Lisa, delivered in the true style of that cigarette yielding Scottish Auntie that everyone knows and loves so well.
Finally, the whole gang of artist were then reunited on stage for one last song. And, as if anyone needed any reminding what the evening was all about, the closing number summed it all up perfectly. Lean on Me!
And who better than Tommy Whitlelaw, the man who organised the evenings event, to give the closing words.
Asked to be introduced simply as carer and son, Tommy told the audience his mothers life had been a love story.
And that the night had felt like a love story too.
I doubt anyone in the audience would disagree!