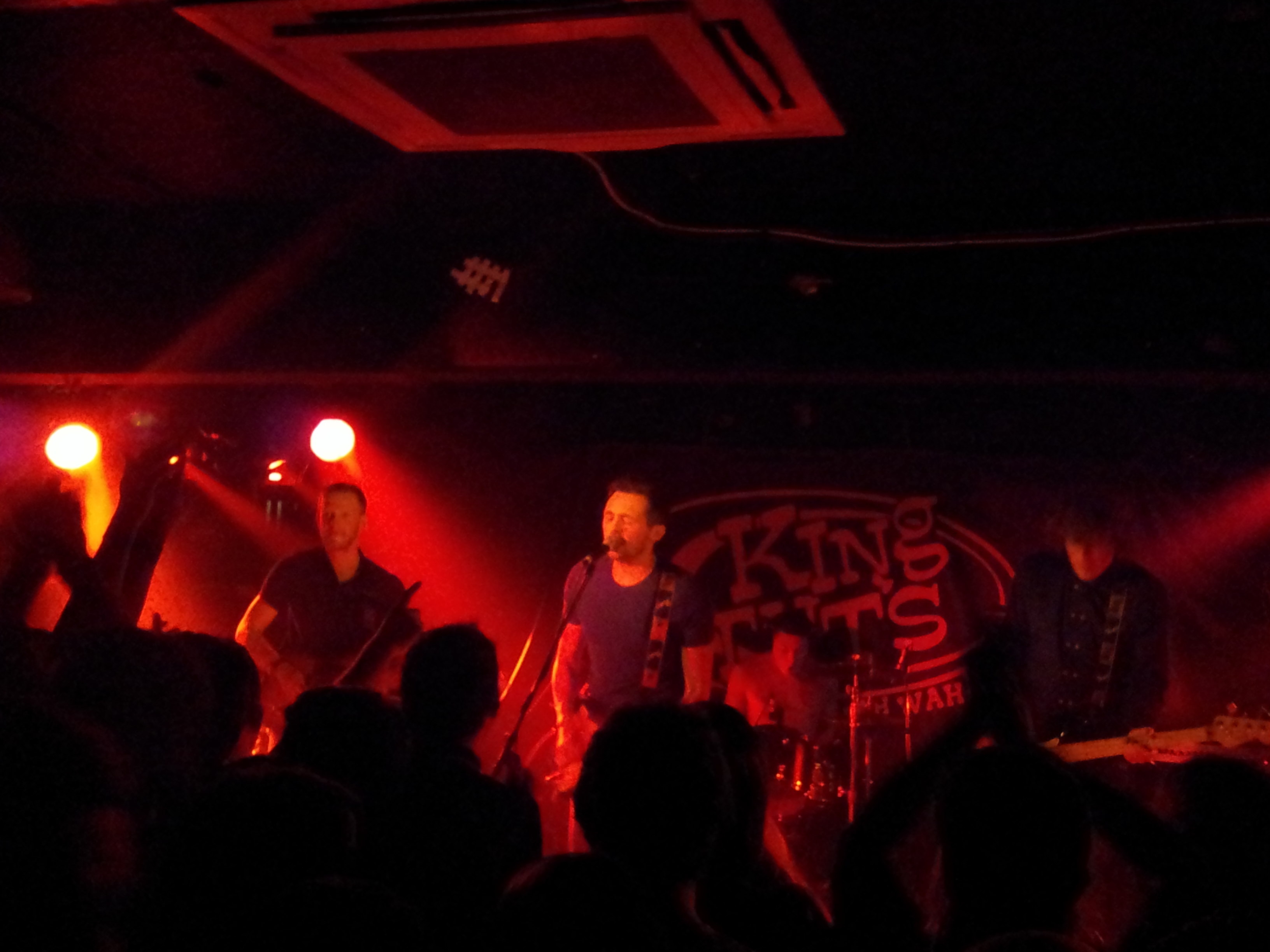 King Tut’s was buzzing last night. As you entered the venue it was easy to sense, the definite buzz of excitement and anticipation.
When you consider this was the first night of two sold out gigs for local unsigned band ‘Vigo Thieves’ it’s also easy to understand why.
The chat at the bar might just have been that little bit louder than normal and the mood was jovial. Many of the Vigo’s Wishaw loyal support were already in fine fettle, making sure the support acts had plenty of encouragement too.
The evenings entertainment kicked off with…
The Rah’s, 4 piece indie guitar band hailing from Prestonpans. This enthusiastic bunch played their way through a lively set which contained some catchy sounding riffs and loops.
Stand out track for me had the band singing…
“Don’t let the good times come down” had a jangling summery feel to it with added attitude in the beat which showcased a very talented drummer. Definitely worth another listen. Well done guys.
Next up we were treated to a shift in genre and a slice of Ska action, in the shape of;
The Begbies. They had clearly brought along a few of their own faithful following who didn’t take much encouragement to get right into the swing of things. Lead singer had a soft soulful singing voice, which when utilised was very effective. The best example probably epitomised on “Stay close to me” when the guitars combined well with vocals to make for a rather melodious toe tapper.
And so to VIGO THIEVES.
The crowd had already started the combined chorus’s of
“There’s only one Alan Jukes only one Stevie Jukes”
before the haunting intro of the set opener breathed into life.
A few things became apparent within the first couple of numbers.
The bands sound was well rehearsed, the on stage chemistry was bubbling and sheer emotion in both the lyrics and delivery held the crowd hostage in the palms of their hands. They made no secret at how pleased they were at having sold out two nights in the venue and were intent on giving a show to stick in the memories of those who had journeyed out.
Crowd pleaders “Forever” and “Ghosts” both had the place jumping, giving that King Tuts bouncing floor it’s warming homely gig feel.
It was however a new song that captured the overwhelming summing up of the evening for me. The run up to the gig has seen the wide use of the hashtag #believe to tempt the fans into the subliminal expectation of something different / new / special.
And so it was when new song, perhaps not surprising titled “Believe” sprung into life. The once known feeling of a gig that throbbed from the heart of the crowd, emanating out, was very much alive in King Tuts as Vigo Thieves put everything into this one.
As with many a good gig, my only complaint was that I wanted more. That though is something I am sure the Vigo Thieves will deliver throughout 2013 and beyond.
What we got last night? A rousing , successful first night of two.
As the band closed, lead singer Stevie Jukes was pulled onto the gig revellers in what can only be described as a triumphant crowd surfing lap of honour. He was duly delivered back to the side of the stage as he thanked everyone from left to right, for their support.
Will the Saturday crowd live up to that of the rowdy Friday night gang?
Well, one thing is for certain and the Vigo Thieves have captured it perfectly…
Live for the moment and you’ll shine like the stars. #BELIEVE